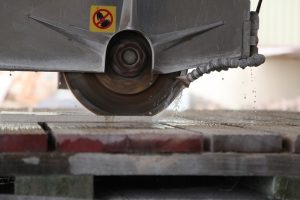 Annuities are like financial power tools. In the right hands, they can help manage and stabilize your reliable income in retirement, but it’s also really easy to cut your fingers off if you don’t know what you’re doing.

Think of annuities as contracts in which you give someone money now in exchange for an income stream in the future. You’re buying a stream of reliable income.

Annuities can be broken down into four overarching categories based on whether the contract’s income stream amount is constant or changeable and whether it pays out now or in the future.

When you start receiving your income stream is pretty cut and dried. With an immediate annuity, you give the insurance company your money and they start sending you checks right away based on whatever schedule you set with them.

With deferred annuities, your income is paid later, as their name implies. This (generally) means your payments will (presumably) be greater than if you paid the same amount for an immediate annuity.

Just like the timing, the basics of fixed and variable annuities are pretty simple, but the finer details can open a gigantic can of worms.

Fixed annuities provide generally level and stable income streams over the entirety of the annuity. You may adjust them for inflation or have the payments reduced after your spouse passes, but the adjustments are pretty straightforward.

Variable annuities are less predictable. They’re based on the performance of a set of underlying securities, and that performance will determine what your payouts look like, but it will never drop below the minimum payout spelled out in the contract.

That “based on performance” piece is easier said than done. The performance calculations for variable annuities can get incredibly complex, but they generally limit the upside potential of whatever securities the contract is based on pretty severely.

This makes sense – the insurance company is taking on the risk of poor performance, so they need to be able to capture the upside when the securities do well to balance things out.

The devil is in the details here. If you’re considering a variable annuity, you want to be sure the underlying securities are actually good investments and the returns aren’t constrained so much that you basically end up with a really expensive fixed annuity.

How Do Annuities Work?

Annuities can be great tools, but just like power tools, there are more wrong ways to use them than right ways. But there are right ways. You just need to be careful.

Unfortunately, most of the wrong ways make more money for both the salesperson and company selling the annuities than the right ways – so that’s what they often push.

You may have heard people say that annuities are sold, not bought. Annuity sales people can make a lot of money when you buy an annuity from them (some more than others), so they often steer you toward annuities that might not be in your best interests. It pays to be on your guard.

But annuities can have a little bit of magic to them – especially if you’re looking for lifetime reliable income. One of the biggest risks in retirement planning is longevity risk – the uncertainty of how long you’ll live.

Living longer is a good thing overall, but longer retirements cost more money. This matter is both binary and unknown. You’re either alive or you’re not. You could pass away next year, or you could live until you’re 110. This makes a huge difference when you’re laying out your own individual income plan.

But insurance companies aren’t planning for individuals. They’re working with really big pools of people, so they use statistics to understand what the pool is likely to look like.

You might blow way past your life expectancy, but someone else in the pool will come up short. It’s not an exact science, but it allows the insurance company to effectively diversify against longevity risk.

More “traditional” insurance products – like homeowners or car insurance – do the exact same thing. The houses that don’t burn down subsidize those that do. With a lifetime annuity, folks who pass away early subsidize the payments to those who outlive their expectancy.

If you are looking for reliable income in retirement, it’s often a good idea to look into a fixed annuity. They are (usually) pretty straightforward, and it’s very easy to understand exactly what you’re getting.

Bottom line: you don’t want any surprises with your reliable income.

For more on longevity risk and some of the other retirement risks you should be thinking about, read our ebook